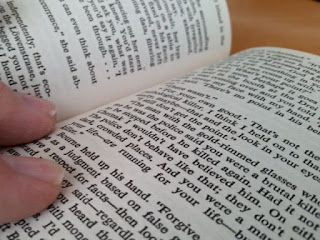 It’s amazing how much I’ve read this year, considering how little extra time I have.  In January I started teaching a course on algorithms and data structures for Brigham Young University’s Salt Like Center.  In addition to that, I began teaching a third-year course in Web Programming for Utah Valley University.  Between these two courses I’ve completely quit writing (not without a good deal of remorse), but somehow I’ve managed to continue reading and studying the craft.

I love the way Cornwell writes, in particular I love his Sharpe series, and his Last Kingdom series.  Both of these I could just devour if I had the time.  Cornwell is one of the few authors that I wish I could be like.

Cornwell doesn’t write fantasy.  He only does historical fiction, so when I ran across Stonehenge, I thought this was the closest that I’d ever get.  Sadly, the novel didn’t live up to expectations.  The protagonist was kind of a weenie.  I was looking for another Uhtred, or another Sharpe, someone who at least takes control of what was going on around him.

Cornwell is still my hero, and in my Pantheon of Great Writers he is second only to this next author.

I’ve read a lot of Stephen King, but this is the first time I decided to try something that is straight-up horror.  In the introduction, King claims that this is the story that disturbed him the most.  Taken from a real-life near tragedy, he began speculating what would have happened had the unthinkable occurred.  The story is about an ancient Native American burial ground, where if you bury anything that had recently died, it will come back to life.

I’ll be honest.  I’ll read anything by Stephen King, just because it’s Stephen King.  Did I think Pet Sematary was scary?  Not sure.  I certainly liked it.  Have I read scarier stuff by King?  Oh, heck yeah!

So, I finally finished this book.  Like I said last year, I like to keep an anthology of short stories around so I have something to read when I’m between novels.  This book was full of superb stuff.

I have not read a book in 30 years that affected me emotionally as much as this story did.  A friend at work recommended it, and our whole team read it, and then we all went to see the movie as a work-event.  Weir really did his homework, and it paid off.  This is probably the best book I’ve read all year, hands-down.

I was told that this book was considered cannon, and that it was somehow related to the upcoming Star Wars movie…or maybe I was mistaken.  Anyway, I’d say this is typical Star Wars fare.  I’ve read better and I’ve read worse.

Heir to the Empire, Timothy Zahn

This was another Star Wars novel.  The guys on my team at work recommended it.  I must not be that turned on by Star Wars.  For some reason I have yet to read a Star Wars novel that feels authentic to me.  I’m not sure what I mean by authentic.

I spied this on the shelf at the library, and grabbed it.  It was a lot of fun, if you don’t think about it too much.  It’s a good read.  If you like science fiction classics, put it on your list.

This was probably the second-best book I’ve read this year.  It reads like a memoir.  This book is good more for its political commentary, and for the way it makes you think.  The main premise is this: what if in order to become a citizen of your country, or be able to serve in public office, you had to serve in the military and leave with an honorable discharge?  It’s a fascinating idea.  I don’t think the author intends to be taken completely seriously; rather, I think the author wants you to understand the military and the cost of freedom.  It was a really good book from that standpoint.

I’ve read The Hobbit a lot, but this is the first time I really studied it.  I ran across a passage in the intro, by Peter S. Beagle (author of The Last Unicorn), where he points out how the story leaves you with a powerful feeling of nostalgia.  I remember that feeling the first time I read The Hobbit for the first time, exactly 30 years ago, in fact.  As I got to the end I felt a strong sense of loss, because the characters had been so real to me but I knew it was just a story.

So this time I re-read the story, and I underlined and bookmarked every part where I felt that sense of nostalgia.  And I think I’ve got it, or at least I can kind of see what it is that I’ve been yearning for in Fantasy for so long.  It’s the same reason why I like The Last Kingdom, by Bernard Cornwell.  I feel the same kind of nostalgia.

I could write a whole blog-post on what I’ve learned.  Maybe I should.

This was a lot of good fun.  It wasn’t nearly as goofy as the title sounds.  I’ll read just about anything by Scalzi, he’s such a good humorist, and he delivers another solid story.

This book is very much in the same vein as American Gods, which is probably everyone’s favorite Gaiman novel.  I love Gaiman’s sense of humor.  There aren’t a lot of authors with his kind of wit.

This was a hilarious read.  Two of the very best humorists in fantasy team up and write about what would happen if the apocalypse came about, and then bungled, and then fell completely apart.  Put this one on your list.

Good spy novel.  A guy wakes up and has amnesia, and finds out that he’s really a world-famous international assassin…or so it would seem.  I think Ludlum was the one who gave birth to the whole waking-up-but-don’t-know-who-you-are trope.  If I hadn’t seen this overused a hundred times by his successors, I’d be more impressed.  Even still, I think this book is a great read.

I’ve read a lot of Gaiman this year, haven’t I?  This is another story in the vein of American Gods and Anansi Boys, where the old gods (in this case, the Sandman) would cope in the modern world.  The Sandman has lost his powers.  The world is suffering, and he has to go on a magical adventure to get his powers back.