Do's and Don'ts of Networking

The following is a transcription of notes I took during a presentation by Clint Johnson at the Oquirrh Hills chapter meeting for the League of Utah Writers, on January 21st.

Concerning #7, I was reminded of a couple experiences I’ve had professionally. The first happened in graduate school. I needed three members on my graduate panel. One would be my advisor, the second was anyone else I wanted, and the third was someone chosen for me by the department. My advisor suggested I go see a certain professor that I didn’t like at all. I thought he was an arrogant snob, and I got a C in his class—but I had been careful to not share my opinion to anyone else and I was very very very glad. I sucked it up, and when it came time to defend my thesis he gave me his shining approval.

Just sort of the way life works out. Go figure.

The second example I have seen over and over and over at work. I live by the maxim of be nice to everyone you work with. You never ever know who could be your boss. At the last place I worked, one of our testers wanted to transition into development. I was kind of doubtful at first, but I kept my opinion to myself. Again, I was glad I did because he ended up being my team lead.

Networking Avenues
Now that we’ve discussed the do’s and don’ts, let’s talk about some avenues appropriate for networking.

Readings
Look for readings that have a meet-and-greet. You want face-time with the author. Other than that, readings are a rather poor source of networking.

Lectures or Workshops
This is a wonderful opportunity to demonstrate your writing ability. Do participate. Look for opportunities to contribute and give back.


Your goal in networking
Your objective in all this is to become a part of the “discourse community,” part of the “in crowd”. You want to get in touch with the themes and ideas that authors are currently exploring. What do they currently care about? You are trying to become connected to the community.

Read these peoples’ blogs. Post comments on their blogs. Then when you go and see them in person, make reference to the article you commented on. What you are trying to do is match your face to your name.

Over time, you will find that your network matures. You will gain credibility among established professionals, and your opportunities will increase.
Posted by Tom Abbott at 10:47 PM No comments: 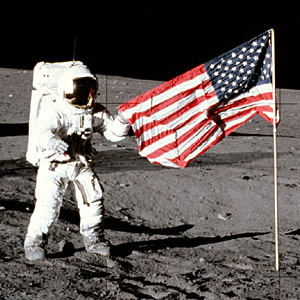 Reading for Your Writing

I once attended a class where a fellow student asked, “Should I read the classics?” She was referring to Dickens, Alcott, Shakespeare, Austin, Steinbeck, Hemmingway, etc, etc.

And I think I found the answer: not necessarily.

There’s a better question that ought to be asked, which is, “As a writer, should I read?” The answer to that is an emphatic yes! And you really, really ought to read from a wide range of genres. The follow-up question, then, is, “What should I read?”

And the answer to that is, “Only you can decide.” But, keep in mind this: you need to follow your passion. Find out what you like to read and learn what’s different about it that you think is flat and insipid or just plain doesn’t spark your interest.

You see, as a writer you ought to be reading not solely for entertainment value. You ought to be looking for two things:
Story.
Writing style.

Understanding Story
As far as story is concerned, you need to learn how to start looking at stories from an analytical point of view. There’s a whole host of things you need to ask yourself.

Theme: is there a “Big Question” in this story, or a “Big Statement” of some sort related to the human experience? Some books have a theme and some do not. Pay attention to how it is presented. A good author will take his characters through a series of experiences that will cause them to consider the Big Question from multiple angles, and leave the reader to ponder the solution on their own—or at least the author won’t ram the theme down the reader’s throat. As an example, the theme behind most Westerns is rule of law, and exploring the limits of law, and what to do in scenarios where the law is corrupt or broken down, and having the courage to stand up for your own convictions when everyone tells you you’re wrong.

Voice: this refers to the tone of the narrator. Voice is very prevalent in first-person stories, but it is also present in stories with a third-person or omniscient point of view. Think of the narrator as a character. Is the narrator’s voice happy or sad? Is the narrator’s tone cynical or hopeful? In a good story the voice will never, ever be neutral. The voice of a story sets the groove and the mood of the story throughout.

Concept: what is the pitch behind this story? What is the story’s angle that makes it unique? Look at plot devices and plot vehicles. Star Wars, for instance was about a young boy coming of age in the middle of a galactic war, and learning to use the Force as a power for good. The concept behind Treasure Island was the sea adventure and hunting for pirate treasure. The concept behind Star Trek is to boldly go where no man has gone before.

Character archetpes: archetypes are important to understand, because they create resonance with the reader, and they convey who each character is and their role in the plot. There are scores of archetype systems. None of them are the gospel truth, but they all have value in that they attempt to categorize characters from different stories into similar groups.

These are all very abstract concepts, but the better you understand them, the more vivid your writing will be. All of these things are very, very important, and each in its own way plays a role in the commercial success or failure of a story.

Writing Style
And as far as writing goes, there is a whole different set of things you need to be looking at, but the list is more specific:

Descriptive scenery: pay attention to the way authors describe scenery. What is the weather like? Is there a smell in the air? How do they describe physical things? Good authors will use language that conveys atmosphere, and describes what people are doing. Every scene has a vibe, an ambience. How is that mood conveyed?

Internal emotions: This is related to the POV character within the scene (unless you’re in omniscient mode). Describe the emotions that the main character feels. As things happen within a scene there is always an emotional reaction (or there ought to be). How does the author describe it? Her heart sunk to the floor. My hopes rose like a balloon. My heart stopped, then picked up a double pace.

You see, as you read you are trying to build your own writing style. If you like a book or dislike it, or have some kind of strong reaction to it you need to ask yourself why. It is very important that you learn how to find this out, so that you can produce the same effect, or avoid it.