One Smartphone to Rule Them All 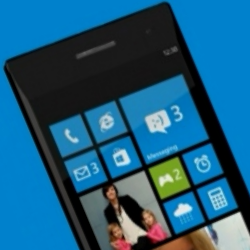 Sometime in the next 8 months I'm going to buy two new Smartphones, one for me and one for my wife. I've spent a lot of time looking at the various devices and comparing the stats and the customer reviews. I've also spent time comparing the four carrier networks in my area: Verizon, AT&T, Sprint, and T-Mobile.

CPU: 1.2GHz or better, dual-core or better. If you consider yourself any kind of a power user, you won't regret this. If you check stats you'll be surprised at how many phones are less than 1 Gigahertz (iPhone 4S).

Camera: 8 Megapixel, able to record full HD at 30 frames per second or better.


Other considerations
AMOLED displays better contrast (blacker blacks and more vivid colors). Some displays use Gorilla Glass, a new type of super-strong glass. I can't tell how many phones I've seen with cracked displays. It's worth it.

HTC likes to play up Beats Audio, which ships on several of their devices. You get a good pair of headphones, and a slightly better speaker system.

What are the best Android phones?
At the top of my list is the Samsung Galaxy S III.  Unfortunately, you can't get it in the US until June 21st.  It's expected to be rolled out in Canada on June 20. The European version packs an impressive quad-core CPU, but is only 3G. The US/Canadian version will be 4G LTE, but it will only be dual-core.

The next phone on my list is the HTC One X. Everything about this phone is stellar. Its only weakness is AT&T, which has yet to roll out its LTE network in more than a handful of cities. Go to AT&T's website and check their map. If you get LTE in your area, then this phone is a superb buy.

The next best phone to get, going purely on stats is the HTC Rezound. You can get this through Verizon. It's two flaws are its less impressive battery life, and it is still running Android 2.3.

After that, I would rate the Samsung Galaxy Nexus. This was the first Android 4.0 device (Ice Cream Sandwich). All the reviews I've read say this is a really good phone. Also available through Verizon. Customer reviews complain about the battery life and the camera which is only 5MP.

Now for the honorable mentions. These are the phones to get if you don't care about 1280x720 screen resolutions, but you still want that dual-core CPU and 1GB RAM. At the top of my list is the Droid RAZR Maxx. This is an awesome phone with 15 hour battery life. Variants worth mentioning are the Droid RAZR and the Droid 4. Next honorable mention is the HTC One S, which gets rave customer reviews everywhere I look. After that would be the Samsung Galaxy S II and all its variants (Skyrocket, etc.).

What about Apple?
I've got a friend who tells me that the iPhone 4S is hands-down the best point-and-shoot digital camera, period. Every review that I've read says that this is where Apple shines. Apple also has the best app-store, and the best hardware support network. Android has been out for several years now, and I still don't see people making stuff to work with Android devices. I do, however, see all kinds of accessories for your iPhone or iPod. The real down-side to Apple is that you're locked into their ecosystem. Apple really doesn't believe in playing with others, at all.

Don't get me wrong. I'd love to have one, but when you stack it up to any Android device, the hardware is starting to look a little dated.

What I really want (and will patiently wait for) is its much-awaited successor. Right now anyone would be a fool to buy one, since Apple is due to release (the device currently referred to as) the iPhone 5 sometime this fall. I'm already disappointed to learn that its display will only be 3.999 inches. I hope at least its resolution will be 1280x720. Whatever Apple does, I'm sure we'll all snatch them up as quick as we can.

And now, a word about Windows Phone 7
I'm watching Microsoft very closely. For me, Microsoft is literally my bread and butter. I work as a software developer by trade, and my skill-set is heavily invested in Windows/.NET and the whole Microsoft ecoverse. (Is that a word?)

Microsoft has taken a very savvy approach, and gone after the economy market. They're hoping to gain penetration with rank-and-file users who want to do browsing, texting, and checking their email. Microsoft also has the added perk of being to edit Word/Excel documents, and full integration with X-Box live. Two very cool features.

Unfortunately, none of the Windows phones fall into my hardware requirements. They all have a 800x480 screen, they all have single-core CPUs, they all have 512MB of RAM. Like I said, these are all impressive stats for mid-market phones. But this isn't the hardware that I want.

If you want a Windows phone, then there are three worth mentioning. They are the Nokia Lumina 900, the HTC Titan II, and the Samsung Focus S (which apparently is a Samsung Galaxy S running Windows instead). A friend of mine is a salesman for AT&T, and he says that the Nokia is a hot seller. It's a solid product, and has virtually no customer returns. The Titan II is a good phone, but it's far too expensive for the features that it has.

I've only ran into one person who owned a Windows 7 phone who didn't like it. Everyone else was pleased. No one was super excited, though.

I'm really, really waiting for Windows Phone 8. This will be do or die for Microsoft, and it has been two years too long in coming. Microsoft has a lot of ground to make up, here.

What is the best carrier? The two leaders in this game are Verizon and AT&T. Every review I read says that AT&T's 4G is faster but not as reliable. You can count on Verizon to have LTE in more places.

You also need to consider each carrier's 3G network. When you can't get a 4G signal, this is what your device falls back to. Verizon's 3G network is EVDO, which is much slower than AT&T's HSPA+. This means that when you're out in Podunkville, AT&T is much more likely to give you a better signal than Verizon.

T-Mobile and Sprint are both way behind. T-Mobile uses HSPA+ technology. It is fast as far as 3G goes, but it's still not LTE. Sprint has plans to roll out an LTE network of its own, but that's still a good while down the road.

So, which is better? Check the map for your area. If you can get 4G with either Verizon or AT&T, then go with the carrier who offers the device and data plan that best meets your needs. Right now you'll get better overall performance with Verizon. If you can only get 3G then any of the four carriers will work for you.
Posted by Tom Abbott at 9:49 PM 2 comments: