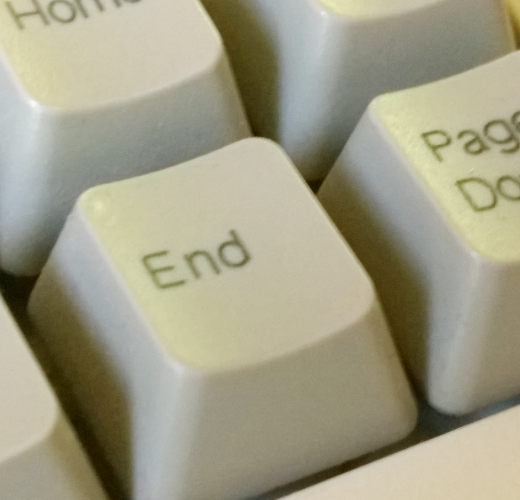 My wife picked up a collection of short stories by H. P. Lovecraft, and came across a story she really liked.   Lovecraft did a really good job, until the story came to an abrupt end when—from out of nowhere—a lightning bolt burns down the house and everything inside it, including the main character.

I did not shriek or move, but merely shut my eyes. A moment later came the titanic thunderbolt of thunderbolts; blasting that accursed house of unutterable secrets and bringing the oblivion which alone saved my mind.

—H. P. Lovecraft, The Picture in the House

The ending to your story will make it or break it for your readers.  You need a good payoff, but how do you do that?  This question doesn’t have an easy answer, and as you can see from Lovecraft’s example above, it’s a problem that has plagued writers since mankind first put pen to paper.

Fortunately, you have tools.

1. Do you know your story from your villain’s point of view?
I could write an entire blog on this particular point; it is really that important.  If you don’t explore your story from the villain’s POV, your readers will complain that they can’t figure out what your villain is after.  Your story will never feel like it’s going anywhere, and you will never come up with a conclusion that feels satisfying.

Most plot-based stories take on one of two forms.  The first form is reactive, where the protagonist is thrown into the action through an inciting event, and they must stop the villain from accomplishing their dastardly plans.  Think Raiders of the Lost Ark.  The Nazis are trying to find the Israelite’s lost Ark of the Covenant.  Hitler sees the Ark as an ultimate weapon to help him win the war.  Indiana Jones must stop the Nazis before they are successful and the United States is defeated.

The second plot-type is proactive, where the hero sees a challenge and comes up with a plan to overcome it.  Think The Guns of Navarone, where a team of spies must destroy a Nazi naval gun battery so that a group of British destroyers can rescue 2,000 British soldiers that are marooned.

As an exercise, sit down and free-write for 20 minutes, putting yourself in your villain’s shoes.  Why are they committed to their cause, what do they want to accomplish, and how do they plan on achieving their goals?

2. How has the story affected your main character?
An inner struggle is not essential, but it can add depth to your story and your readers will form a stronger bond with your characters.

As an exercise, free-write for 20 minutes and answer the following questions:

3. Brainstorm
You’re not done free-writing yet.

Make a list of all your loose ends.  Write down the points of your main plot.  Write down all your B-plots and side stories.  Now brainstorm 10 different ways that your plot could go.

Some of your ideas will be good and some will stink, but that’s part of the process.  Don’t stop when you’ve found a good idea  You really need more than one for this to work.  Keep going, keep thinking up new ideas!  If you get 10 ideas and they all stink, then extend your list to 20 ideas.  You will eventually come up with something.

Now pick two or three good ideas, and free-write the endings at a high level.

Conclusion
There’s a lot of brainstorming and free-writing involved in this process.  In general, the best endings feel logically inevitable yet are still a surprise.