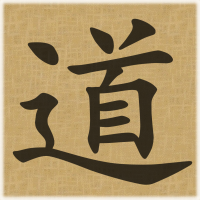 I decided long before I ever wanted to try my hand at writing that I was definitely an outliner.  However, the more I wrote the more I began to realize that the term outliner didn’t describe me.  I don't identify with either side of this argument, really.  I approach my work in phases, and I use techniques from both both camps.  In truth, I’m more of a planner and a list-maker.

Make a thumbnail sketch
Successful writing is all about composition.  Let me begin with an example.  When I was younger I used to be heavily into illustration.  I learned early on that if I sketch out my drawing in a square space about one inch by one inch I could work out the way the objects in the scene are arranged and framed and get it right before I worked on the full-sized picture.  My drawings were always better when I took the time to do this.  Composition is everything.

To make a thumbnail sketch in writing, I look come up with three things:

First is the spark of an idea.  This usually begins with “What if…”.  For example, today my daughter showed a picture to my wife and asked, “Do you know what is wrong with the girl I drew?”  My wife said, “She doesn’t have a face.”  My daughter replied, “That’s because a mean guy stole her face.”

My wife texted this to me over Skype while I was at work, and it set off my creep-meter like you wouldn’t believe.  We spent the next twenty minutes bandying ideas back and forth.  Here’s what I came up with:

A fae-creature who assumes the identity of another person (usually a child), killing the child.  A little boy goes outside to play.  The goblin catches him, steals his face, dresses up in the boy’s clothes, and takes his identity.  The goblin comes back inside as the little boy.  He looks perfectly normal, but his clothes are covered in blood.  The parents start flipping out.

The final piece of the thumbnail sketch is how the hero ties into the story.  There two main questions that I try to figure out.  The first one being, what motivates the hero to get involved in the story?

There are so many ways you can do this, but the method you pick ought to mesh with the concept for your series.  For instance, the concept behind Mage’s Craft is: Osric, a wizard’s young apprentice must prove that he can use his skills to solve real-world problems in order to become a sorcerer.  So with this concept in mind, I can have someone come to Sedric, who is Osric’s master, and ask for help.  Sedric thinks the problem really doesn’t merit his attention, but it would be the perfect thing to hand off to Osric.

The second question you need to answer is, will your plot be proactive or reactive?  There is no right answer here.  Most detective stories are reactive plots.  The hero is trying to figure out what the villain is up to, and put a stop to his plans.  A proactive plot is just the opposite.  The hero comes up with a plan to go kick some bad-guy butt, then goes out and sets things right.  A good reactive plot will develop into a proactive plot toward the end, as the hero figures out all the clues and puts the final pieces together.

Free-write
Now I turn this over to the right-brain and let it have free-reign.   I call it free-writing, but in reality it’s more like structured brainstorming.  I brainstorm, and as I type I keep all my ideas in a list.  I don’t try and write a draft of any sort.  I don’t worry about making complete sentences or punctuating anything.  Nothing is in prose.  I usually write in a mix of present and past tense.  I don’t care about point of view.
The goal is to get the ideas out of my head and into a document.

If I want to add more detail to an idea, I will indent the list and start adding sub-items.  I can add sub-sub-items, and often I’ll be six to eight levels deep.  By the time I’m done free writing I’ll have something that looks like an outline, but it’s not.  It’s indented and numbered, but it’s not in any kind of order.

Often I’ll get stuck on a plot point, and I’ll indent and then write a question like “The hero can’t do X because of Y.  How is he going to get around X?”  Then I’ll indent and brainstorm fifteen or so ideas, and each one will have sub-ideas.

You could brainstorm in the same way by doing a mind-map.  There is a lot of software out there for mind-mapping.  I don’t like mind-mapping because eventually I’m going to have to re-arrange everything so that it’s in linear order.

Generally I will stay in this phase until I’ve come up with at least three strong ideas for a try-fail cycle, and I have a general idea of how the story is going to turn out at the end.  I won’t move on to the next phase unless I have a few ideas for how the story will end, and I have picked a theme for the story.

Some people might think that this is too early for a theme, but I find that the theme emerges pretty quickly with this technique.  When writing my novelette, Counting Crows, I was exploring a bunch of boy-meets-girl ideas.  I wanted the boy to have some magical abilities and I wanted the girl to be curious about what he can do.  After playing around with a lot of ideas, I decided to give the girl, Megan, a grandmother who was going senile and dying.  Megan has a lot of questions about death, and so she decides to ask Devan, the boy, if he can summon her dead grandfather and ask him where we go when we die.  The theme for the story talks about how we deal with death when we know it’s coming, and how we care for loved ones who are going senile and slowly dying.  The story came together beautifully, and won me Honorable Mention in the Writers of the Future contest for October 2009.  The story also took first place in a novel contest.

When I’m done, I’ll have a bunch of good ideas all jumbled together.  The next step is to put everything in order.  As I’m doing this, I’ll get more and more ideas and I’ll write those down, too.  I never stop free-writing.

I find that I’m furiously brainstorming at this phase.  Once I have enough to write a few chapters, I will start a rough draft.

I know that I’m ready to move on to the next phase of my story when I’ve gotten all my ideas sorted and roughly in order, and when I know everything that I want to say in the first three chapters.

Begin the rough draft
Now comes the real writing.  This part goes really fast because all my ideas are right there in front of me.

The purpose of this outline is to have a place to stick new ideas as I’m writing later chapters.  Remember that this is just a rough draft.  A lot of stuff is going to change by the time I get to the last chapter, but I can’t keep going back and revising my previous chapters every time I decide to change something.

The outline is there to help me organize revision notes.  Usually I’ll take the rough draft to my writer’s group and get a bunch of feedback.  Some people will like it, others will tear it apart.  I find that for every five pieces of feedback I’ll get one piece that’s a real keeper.  I need a way to organize all these ideas, and the outline is what I use.  The outline helps me keep track of things until I’m ready to write my next draft.

Quite often I will get stuck, or I’ll get writer’s block.  When this happens, it’s usually because I’ve missed something somewhere in my plot.  Usually I have some kind of inconsistency, or I don’t understand the motivation of one of my characters, or I’ve missed an important assumption, or the causality between two related scenes is weak.

I handle this by going back to the brainstorming, and again, I use my outline.  My outline is a roadmap.  When I get stuck in my story, I go to that spot in the outline, indent, write a question, indent again and start brainstorming answers.  After I’ve listed maybe ten to fifteen answers I’ll pick something that sounds good and then pick up the draft again and start writing.

Revise
When I begin a second draft, I will copy all my files into a subdirectory and call it “Draft 01”, and then I start writing everything from scratch.  I will start a new outline, using the same items from the previous outline.  You know you’re on the right track when your writer’s group says things like, “I like this version much better.  Your hero is much stronger, and I’m much more involved in your story.  It really feels like it’s moving along.”

After I’ve finished the second draft I might do a third or a fourth—as many as I think I need.  Ideally, with each successive draft the changes will be lighter and lighter.  I know I’m done when I find that I’m no longer adding anything to the story, I’m just changing it around.

The important point of all this is to plan out your story.   As long as you know where your story is going to end up, your story will be strong, and it will have a clear direction.