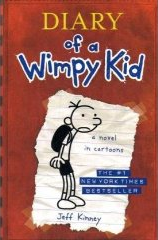 Was the ending satisfying? A bit of drama evolves near the end when Greg gets his best friend in trouble. The way he works things out ends up being rather hilarious. Very cute.
Posted by Tom Abbott at 6:39 PM